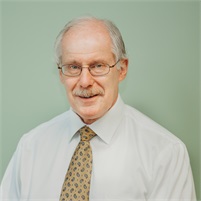 David “Rod” Black focuses on retail portfolio management and retirement planning for individuals, as well as public and private institutions. He holds FINRA Series 7, 63 and 65 licenses, as well as his Life and Health license.

He became a financial advisor in 2007, after nearly 40 years in the electric utility industry as an accountant with Bangor Hydro Electric Company (now Emera Maine), with the last 20 years as an Officer. He also served as Treasurer of the company's independent credit union.

Rod is a graduate of Husson College, where he earned a BS degree in Accounting and a MSB in Business. While at Bangor Hydro, he graduated from the Stone and Webster Utility Management Program.

Actively involved with his community, Rod currently serves as Chairperson of the Holden Town Council and Eastern Maine Community College Advisory Board as incoming secretary. He has served on the Board of Directors of the Bangor Region Chamber of Commerce, Board of Directors and Treasurer of the Bangor Symphony Orchestra, and on the Board of the United Way of Eastern Maine. He is a member of the Government Affairs Committee, where he was past chair and a member of the finance committee.

In 1979, Rod married the former Jane Clark from Lincoln, Maine. Rod and Jane currently reside in Holden, Maine and have two grown children, Stephanie and Anthony, and a special daughter-in-law Taylor. They also have two grandchildren, Max & Ellie whom they cherish.

In his spare time, Rod enjoys golfing and spending time with the family.